Some of the leading technology companies and organizations––including Airbnb.org, Flexport.org, and Spotify––together with the Breakthrough Prize Foundation established by Yuri and Julia Milner, on Thursday announced the launch of the “Tech for Refugees Initiative,” to bring humanitarian assistance to refugees around the world. The initial commitment from the Breakthrough Prize Foundation is $100 million, the majority of which will be directed to support civilians fleeing from Ukraine, as a first step toward extending the initiative to other regions.

Moscow-born Yuri Borisovich Milner, 61, is a Russian-Israeli entrepreneur, venture capitalist, and physicist, sometimes described as one of the world’s most influential information technology investors. Milner is an investor in Byju’s, Facebook, Zynga, Stripe, Twitter, Flipkart, Spotify, Zocdoc, Groupon, JD.com, Xiaomi, OlaCabs, Alibaba, Airbnb, WhatsApp, Nubank, and Wish – in other words, every online app you and I use every day. He is also invested in 23andMe, Habito, Planet Labs, and the real estate investments startup Cadre founded by Jared Kushner.


On March 24, 2020, Milner published a fact sheet that included statements that he is an Israeli citizen, has never met Vladimir Putin, made 97% of his capital outside Russia, has no assets in Russia, and has not visited that country since 2014. Talk about foresight!

Tech for Refugees is inspired by the Stand With Ukraine GoFundMe campaign launched by Mila Kunis and Ashton Kutcher in March, which has so far raised nearly $36 million for refugees fleeing from the war in Ukraine, including $5.5 million from the Breakthrough Prize Foundation.

The new initiative will leverage the expertise and networks of leading tech firms and organizations to make a difference in the lives of refugees from Ukraine and across the world.

“Right now, we all need to ask ourselves, ‘how can we help?’ We are grateful for the generosity of the Yuri and Julia Milner Foundation and their Tech for Refugees initiative. Their support will help Airbnb.org continue to provide housing to as many refugees as we can,” said Brian Chesky, Airbnb co-founder, and CEO.

“We’re honored to join the Tech for Refugees initiative together with Airbnb and Spotify,” added Ryan Petersen, founder, and CEO of Flexport. “The support of the Breakthrough Prize Foundation will let Flexport.org help humanitarian aid organizations conquer one of their toughest challenges: getting the right goods to the right place at the right time.”

“In times of crisis, music has the power to provide comfort, lift people up, and bring them together. This initiative will give Ukrainian refugees around the world access to the power of audio and the shared human experiences it creates,”, said Daniel Ek, co-founder, and CEO of Spotify.

Yuri and Julia Milner said, “We have been devastated by the heartbreaking suffering of the Ukrainian people. We believe that this initiative, in partnership with some of the world’s most creative technology companies and organizations, can provide practical assistance for people living in turmoil outside their homeland.” 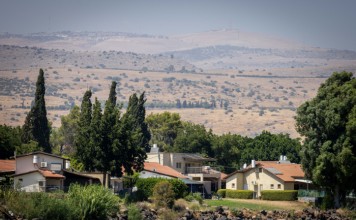