There is and there cannot be “religious extremism,” Russia’s Chief Rabbi Berl Lazar on Tuesday told a meeting of the Interfaith Council of Russia, Jewish.Ru reported.

Rabbi Lazar noted that many faiths have in them followers who promote pseudo-religious extremism – the vile and cynical use of religious symbols for political purposes, which is fundamentally hostile to the true faith in God.


“Every religion teaches love and respect,” Lazar insisted. “A believer knows that God created all human beings, we are all His children, which means we are all the brothers. And, of course, our common father wants his children to live in the world,” saying he regrets that such a simple thing, in most cases, is obvious only to people who have been brought up in a religious tradition.

According to Lazar, extremist preachers easily find followers among people who are ill-informed about the true values of religion, depicting faith in God through “simple solutions and slogans which always look attractive in the eyes of those who do not know anything about their own, or about anyone else’s tradition.”

“In this regard, the representatives of all religions will work together to return people to the eternal spiritual values, explaining the fundamentals of faith and educating for respect and good neighborly relations to all the peoples of our country,” Lazar said. “This is what we should do, what we really expect from both our country and our whole society.”

The meeting was also attended by Supreme Mufti of Russia Talgat Tajuddin, the permanent representative of the Buddhist Traditional Sangha of Russia Andrei Balzhirov, plenipotentiary representative of the Caucasian Muslims Office Shafig Pshihachev, president of the Federation of Jewish Communities of Russia Alexander Boroda, and other prominent public and political figures.

The Interfaith Council of Russia unites religious leaders and representatives of the traditional religions of Russia. Its aim is to counter the use of religious feelings to foment inter-ethnic conflicts, and asserting traditional spiritual values, harmony and stability, and a dialogue with the governments of Russia and of other countries. 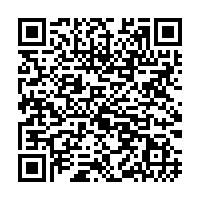