The $1 million Genesis Prize, which Time magazine at some point dubbed the “Jewish Nobel,” honors “extraordinary individuals for their outstanding professional achievement, contribution to humanity, and their commitment to Jewish values and Israel.”


And that brings into question awarding the GP to actress Natalie Porter in 2018 for her “deep connection to her Jewish and Israeli roots.” Porter promptly told the press through a spokesperson that “recent events in Israel have been extremely distressing to her and she does not feel comfortable participating in any public events in Israel.”

In 2014, they gave the $1 million prize to Mike Bloomberg, who used it to buy a Democratic Congressman and had enough left over for a dozen Zabar’s bagels.

Sharansky was announced as the seventh Genesis Prize Laureate in December 2019 in recognition of his lifelong commitment to human rights, democracy and rule of law, and his struggle for the freedom and unity of the Jewish people. OK, we can’t argue with that.

Michael Douglas himself was awarded the Genesis Prize in 2015, in recognition of his extraordinary contribution to cinema, his work as the United Nations Messenger of Peace, and his passion for his Jewish heritage and the Jewish State.

Except, of course, unlike Sharansky and Porter, Douglas is not Jewish. Neither is his wife, Catherine Zeta-Jones. Douglas was born to a Jewish father (the late great Kirk Douglas) and a Church of England member mother. His cousin, the Right Reverend Nicholas Dill, is the Bishop of the established Anglican Church of Bermuda. Douglas was not raised Jewish, but around the time he was getting the GP, in 2015, he said he was a Reform Jew. He and Catherine even took their son, Dylan, to Jerusalem to celebrate his Bar Mitzvah, successfully removing all substantial meaning from that already dubious Jewish tradition: the son of a gentile woman and a gentile man celebrating his acceptance of the yoke of the Jewish commandments.

But who are we to crash this wedding: if Morris Kahn and Roman Abramovich want to give a million dollars to Natan Sharansky, and on the way they get two nice American show biz people to come to Jerusalem to deliver it – more power to them.

At least we can be sure Sharansky won’t reject the money on a account of recent events in Israel. But next year – let’s give it to Bernie Sanders. Let’s see if he takes it. 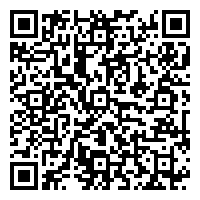