The Director of the Tzohar Center for Jewish Ethics Rabbi Yuval Cherlow was awarded the Rothberg Prize for Jewish Education by the Hebrew University this week. The Prize, which recognizes Rabbi Cherlow’s unique commitment to the advancement of Jewish education in Israel and around the world, has previously been presented to leading educational figures like Nechama Leibowitz, Rabbi Shlomo Riskin, and Avner Shalev.

Rabbi Yuval Cherlow is the one of the leading Jewish voices on Jewish ethics and moral practice on a wide variety of issues including business, social and military affairs, and healthcare.


Rabbi Cherlow, 65, is a Modern Orthodox rabbi and posek. He serves as the Rosh Yeshiva of Yeshivat Hesder Amit Orot Shaul in Tel Aviv and was one of the founders of Tzohar, the central organization of religious Zionist Orthodox rabbis in Israel. He deals mainly with ethical issues, and in 2015 established the ethics department at Tzohar. His 2015 book BeTzalmo (In His Image), deals with the religious meanings of God’s image in people.

In March of 2018, Rabbi Cherlow received media attention when he ruled that a genetically cloned pig or any other animal would be Kosher.

In selecting him for the prize, the award committee remarked that “in his life’s work, Rabbi Cherlow has repeatedly served as an educator worthy of the highest praise in his efforts to build bridges between branches of our people, while never wavering in his commitment to address complex issues. That has positioned him to serve as a spiritual guide enabling many people to better embrace our traditions in the modern age, even as he helped advance closer bonds between the various segments that make up the broader Israeli community.” 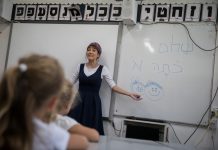 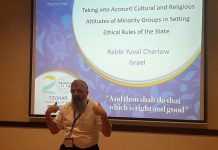 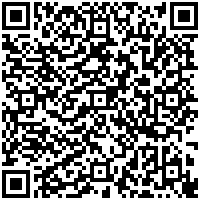