A Jewish gay and lesbian group has submitted a request to the Pride Toronto arbitration panel, asking the gay pride parade organizers to ban anti-Israel group Queers Against Israeli Apartheid from the festival, according to a report in the Toronto Star.

Jewish homosexual group Kulanu Toronto filed a complaint on Friday against QuAIA’s participation in the July 1 parade, stating that “QuAIA’s “behavior and rhetoric are hurtful to Jewish parade participants and to supporters of Israel”.  According to Kulanu, QuAIA’s comparison of Israel to apartheid South Africa is offensive and untrue.  In an e-mail to the Star, Kulanu executive director Justine Apple accused QuAIA of “hijacking the parade with their anti-Israel propaganda,” and alienating the people of Toronto with their “hateful, hostile messaging”.


The Star reported that the dispute resolution committee will review the complaint, but may not be able to render a decision in time for the event.

Last week, the Toronto city council voted to condemn the use of the phrase “Israel apartheid,” but also granted $124,000 in funding to the pride parade regardless of QuAIA’s ability to participate.  In 2010, a decision to ban QuAIA from the annual parade was overturned due to pressure from Canadian homosexuals.  In 2011, the city of Toronto threatened to cut funding to the parade if QuAIA was allowed to participate.  In response, QuAIA pulled out of the event, holding an event in favor of BDS (boycotting, divestment, and sanctions) instead.

In January, Tel Aviv was named the Best Gay City of 2011 in an international American Airlines competition choosing the most popular destinations among LGTB tourists. 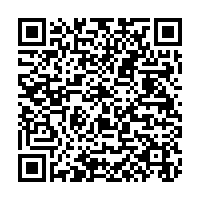