One black mark against Indyk from the Palestinian Authority side is that he is Jewish.

Indyk wrote in his book, “The fact that I had begun my Washington career eleven years earlier working at the American Israel Public Affairs Committee (AIPAC, often referred to as ‘the Israel lobby’)  only reinforced the image in much of the Arab world and among pro-Arab Americans that Clinton’s policy had been taken over by a Jewish cabal.


“Behind that stereotyping lay the reality that our Jewish identities generated a deep desire in all of us to make peace since we all believed that Israel’s security depended  on ending the conflict with its Arab neighbors and that American interests would be well served by doing so.”

Indyk forgot to mention that he is a director of the left-wing New Israel Fund, which does everything it can to dilute the Jewish identity in Israel  and promotes getting Jews out of Judea and Samaria.

The trap for Indyk , and Kerry, and for Israeli negotiator Tzipi Livni, and for everyone else involved in the “process’ is that their personal need to succeed makes it a foregone conclusion that Israel is going to have to concede on everything except the forced immigration of foreign Arabs. He wrote in his book that he feels a “personal responsibility” for the failures of the peace process.

In order to reach their goal, U.S. mediators look at the facts with blinders and pre-conceived notions, such as defending Oslo.

The Zionist Organization of American noted last week, after it was clear that Indyk would take over the direct talks, that in 2007, he told a Congressional sub-committee that Abbas “has met all of the requirements, including removing, once he became president, ending the incitement of Israel in the Palestinian media and beginning the process of dealing with the demonization of Israel in Palestinian curricula. “

The ZOA added, “Unfortunately, Indyk’s claims were — and remain to this day —  at variance with the reality of continuing demonization of Israel in the PA media, mosques, schools and youth camps. Only the month before making these false, laudatory statements about Abbas, Abbas told a Fatah rally that, ‘We have a legitimate right to direct our guns against Israeli occupation … Our rifles, all our rifles, are directed against The Occupation.’ “Moreover, since making those remarks, Abbas has publicly lauded Jew-killing terrorists like the Popular Front for the Liberation of Palestine’s George Habash and Hamas’ Shekih Ahmed Yassin; personally sheltered wanted terrorists in his Ramallah presidential compound, including Khaled Shawish, wanted by Israel for the murder of 19 Israelis; and personally congratulated the ghoulish terrorist Samir Kuntar upon his release by Israel, for which Abbas’ Fatah also  organized celebrations.” 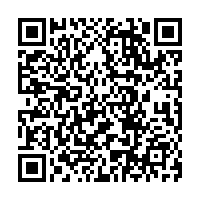