A statement issued by Abdullah’s palace expressed the terms of the agreement and asserted Jordan’s role as custodian of the Temple Mount and other “Muslim holy sites” in Jerusalem.  As custodian, the King asserted, he maintains all rights to exert all legal efforts to preserve them.

It is also emphasising the historical principles agreed by Jordan and Palestine to exert joint efforts to protect the city and holy sites from Israeli judaisation attempts.  It also reaffirms the historic principles upon which Jordan and Palestine are in agreement as regards Jerusalem and their common goal of defending Jerusalem together, especially at such critical time, when the city is facing dramatic challenges and daily illegal changes to its authenticity and original identity.


Jordan’s custodial role over holy sites in Jerusaelm is derived from Article 9 of the 1994 Jordanian Peace Treaty with Israel.

Contrary to the presentation by Abdullah and Abbas, the Peace Treaty, signed by King Hussein of Jordan and Israeli Prime Minister Yitzhak Rabin, is between Israel and Jordan; the PA does not play a role.  The “Washington Agreement,” which set out the understanding for the terms of the Treaty, requires Israel to acknowledge the custodial role of Jordan over “Muslim holy shrines in Jerusalem,” it does not require Israel to allow Jordan to prevent “Judaization” of the city.  What it does require is for Jordan and Israel “to act together to promote interfaith relations among the three monotheistic religions.”

At the time the Treaty was entered into, the details enraged the Arab Palestinians who saw the decision to award the custodial role to Jordan as a way of negating their claims to the Jerusalem sites. 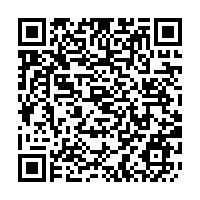