Israel’s Water Authority reported that as of Friday morning 60 mm of rain have come down in the Galilee and the Golan Heights (most of it overnight and this morning). A similar amount of precipitation fell on the Judean Hills. A cooling is expected in the next few hours and then snow is likely in the high places in the Golan.

On Friday morning the Kinneret water level stands at -213.01, a 3 cm increase from Thursday. This water level is one centimeter below the lower red line, which means that we will see the Kinneret returning to within its historic safe level this season.


The new year began with the first water flow into the rivers Sa’ar, Snir, Hermon, and the Jordan River. Water began flowing in all the rivers in central Israel as well: Hadera, Alexander, Yarkon, Ayalon, Sorek, and Lachish.

Snow fell overnight in the Hermon area and began to turn the ridge white, as about 12 inches were stacked on the lower level and 23.6 inches on the upper level. Snow will continue to come down around the Hermon ridge as local temperature remains around 30 degrees Fahrenheit. The snow fell in all areas higher than 3,000 feet above sea level in the north. Safed temperature dropped to 34 degrees Fahrenheit and some snow is falling on Mount Canaan and on Safed’s highest neighborhoods. Mt. Meron is experiencing sleet.

On Shabbat there will be less precipitation, mostly on the southern coast, the northern Negev and the Judean Mountains. Snow will continue to fall in the north until noon or so on Shabbat, but at a decreased volume. 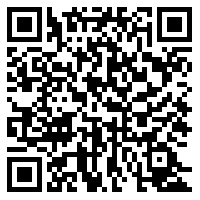