U.S. Secretary of State Antony Blinken will be the keynote speaker at leftwing J Street’s annual conference in Washington, D.C., the organization announced on Wednesday.

Blinken is slated to speak on Sunday at the event, which runs from Dec. 3-5.

The conference will feature “leading activists, policymakers and political leaders discussing the future of the Israeli-Palestinian conflict, U.S. foreign policy in the Middle East, and the liberal Jewish community’s struggle to confront extremism and promote democratic values—in both the US and Israel,” according to the statement released by J Street.

“We are deeply honored and excited that Secretary Blinken will be addressing this year’s J Street conference,” said the group’s president and founder Jeremy Ben-Ami. “At a critical time for Israelis and Palestinians and for the future of liberal democracy in the region and around the world, our movement is looking forward to hearing about these challenges from our nation’s top diplomat,” he added.

Hady Amr, who was recently appointed the State Department’s special representative for Palestinian affairs, said on Wednesday that the Biden administration remains committed to the two-state solution and that there was still a possibility of reopening the shuttered Jerusalem consulate to the Palestinian Authority.

“It’s a real honor to serve as the U.S. government’s first [special] representative to the Palestinian people and leadership. The creation of this role is unprecedented and elevates Palestinian issues and our engagement on it,” Amr, previously the deputy assistant secretary of State for Israeli and Palestinian affairs, told reporters.

The issue of the U.S. consulate, shuttered under the administration of President Donald Trump, isn’t going away, according to Amr, even though analysts have noted repeatedly there is no viable path forward to its reopening without Israeli government approval—something denied even under the current unity government under Israeli Prime Minister Yair Lapid. 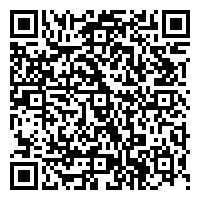