A survey taken by Direct Polls for Channel 14 and released on Thursday, shows overwhelming public support for most of the judicial reforms proposed by Justice Minister Yariv Levin. 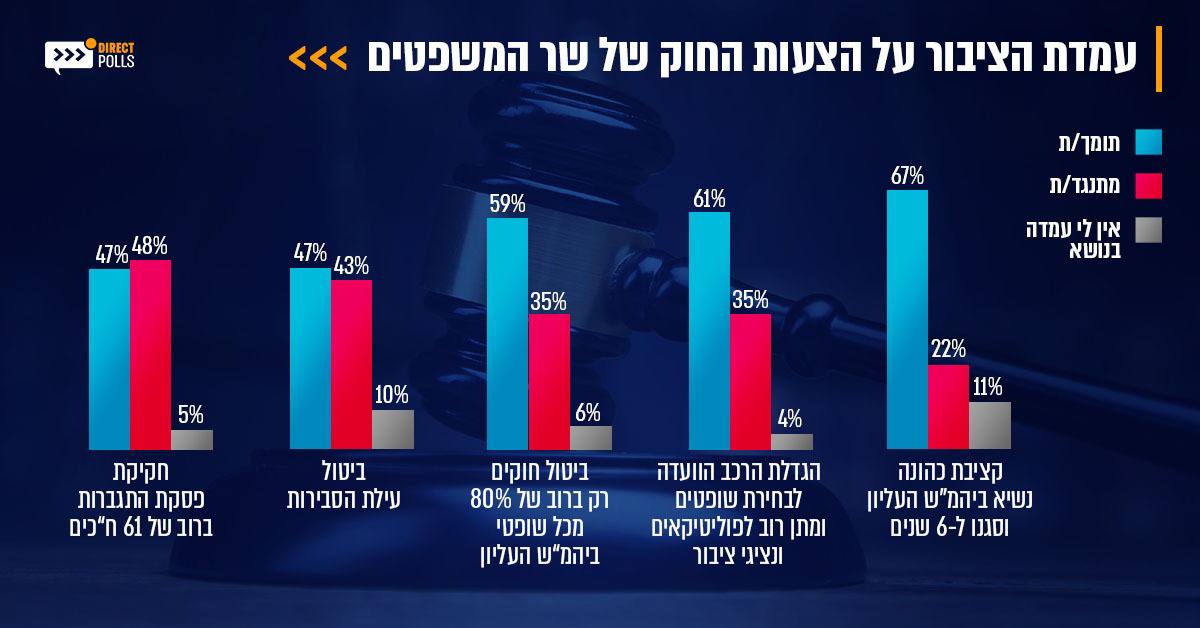 Cancelling Knesset Legislation Requires 80% Agreement in a Vote by All the Supreme Court Justices
Support: 59%
Against: 35%
Undecided: 6%

Cancelling the “Unreasonable Cause” Argument to Invalidate Government Actions
Support: 47%
Against: 43%
Undecided: 10%

Knesset Override of Supreme Court Decisions with a Majority of 61 MKs
Support: 47%
Against: 48%
Undecided: 5%

The survey shows that the public wants most of the reforms in Levin’s current proposal. The exception is the override proposal, as many believe the number of MKs should be higher than just 61, which automatically represents any current coalition’s most minimum number of Knesset members.

The sample was conducted by Shlomo Filber and Zuriel Sharon through Direct Polls LTD for Channel Now 14 on January 12, 2023, using a digital system combined with a panel, among 593 sampled adults (18+) who are a representative sample of the general population in Israel. The statistical sampling error +4.4% with a probability of 95%.