Israel’s High Court of Justice on Wednesday issued an interim injunction against the construction of a new “Zimmer Village” which was built illegally in the outskirts of the village of A-Sawiya, between the city of Ariel and the village of Eli, Regavim reported. The resort complex, which stands out in the local landscape, includes five guest rooms and two swimming pools.

Judge Noam Solberg ruled that a hearing on the petition would be held before a panel of three judges, and ordered Muhammad Suleiman ‘Abd al-Rahim, who owns the site that is the object of the petition, to immediately halt construction until further notice.

The petition was submitted to the court following numerous appeals by the Regavim movement to the Civil Administration, which presented detailed documentation of the construction that was progressing unhindered.

The illegal structures are located a few dozen yards from Route 60, the main road in the area, in a way that creates a security risk for Israeli motorists. The Regavim petition emphasized that constructing the buildings at this location increases the chances of stones and Molotov cocktails being thrown from the illegal outpost, endangering the lives of motorists.

Regavim demanded that the resort be demolished immediately, arguing that there is very little chance of the construction site being approved so close to the highway.

“The conduct of the enforcement authorities in this case so far has proven that they are doing too little, too late,” said Regavim attorney Avi Segal, noting that “without our petition, the illegal construction would have continued without interference.

Segal said that “the interim injunction serves as a warning sign from the Supreme Court, not only to the owner of the parcel but also to the conduct of the Civil Administration.”

Yossi Dagan, head of the Samaria Regional Council, said in a statement that “the court did well to immediately stop the rampant failure of the authorities in the area, resulting in illegal construction in a location that endangers motorists. It’s a shame that time and again the council has been forced to seek help from lawyers and the court in order to receive the service it deserves, and halt illegal Arab construction in the area.” 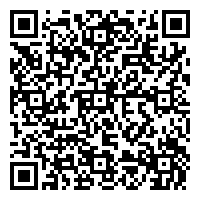