“18-years-ago, I was introduced to a young boy in New York City named Yummy Schachter.

He was studying at Yeshiva University at the time. I told him about Hatzalah and asked if he could help us build awareness among the Jewish communities in the US. After spending some time together, he suggested we do a concert in Israel over Chol Hamoed Sukkot.

He was confident that it would raise significant awareness and funds for the organization. He was a young kid, and I had no idea how to do a concert. My gut told me not to believe him. He pushed, and we decided to go ahead with the idea. Our very first concert was with Shlomo & Eitan Katz. It raised about $100,000 in profit. A few people donated Ambucycles to the organization the night of the concert as well. The following year, we raised even more money, the year after that, even more. Each year gets bigger and better. In fact, there were years when we had to do two concerts in one day just to have enough tickets to supply the demand of the people who wanted to come and support the work of United Hatzalah.”

This is how Eli Beer explains the phenomenon that has become the yearly concert in support of United Hatzalah in Jerusalem. “We’re bringing in some of the most popular singers in Jewish music, and we’ve been doing that for almost two decades. This year we are bringing in Yaakov Shwekey and Mordechai Shapiro, two of the most popular singers in the Jewish Music scene. As always, the concert will support the work of United Hatzalah and will directly help us to save lives in Israel,” Beer added.

There is something special about a concert atmosphere, something that not only allows people to enjoy good music but also brings a lot of people together in support of a single cause. There is something equally special about holding the concert over Chol Hamoed Sukkot when donors and supporters from across the globe gather in Jerusalem in a show of friendship and affiliation with Israel. For any organization, an annual gala concert, bringing together supporters from five continents over the holidays, is a tour-de-force. To bring together top-caliber performers and supporters from across the globe under one roof is an achievement for anyone, and for United Hatzalah, it is their pinnacle event of the year.


After assisting the organization in getting the concert series off the ground and working with Beer to make his dream a reality, Yummy Schachter, a Toronto native, expanded upon how he developed the idea of having a concert for United Hatzalah, and why he chose to do their concert specifically on Chol Hamoed Sukkot.

“As with most successful initiatives, the idea of producing a high-class concert on Chol Hamoed Sukkot in Jerusalem came from identifying a need. I, like thousands of other tourists, would visit Israel for the Chagim. In general, when people visit Israel, and even more so over the holidays, they’re in a happy, festive, social and generous mood. Yet, there was literally nothing to do every day in the form of entertainment. How many times can one go out to Cafe Rimon and see the same people? How many times can one circle the lobbies of every hotel looking for someone to talk to?” Schachter said.

Schachter spoke about how he identified not only the problem but the solution as well in making the United Hatzalah concert something that is a unique family experience. “When I brought up the idea of doing a concert with Eli, he originally pushed back a bit and argued that there’s an organization that does something every year at the Plaza Hotel, and some guy in the Citadel who does a private event in his sukkah. He added that there’s another Israeli organization that does something in Beit Shemesh and others. My response to Eli was simple: We’re not going to make an Israeli show for people visiting from other countries to attend while in Israel. We’re going to bring the quality shows that they’re used to seeing at home to Israel. We’re not following; we’re leading.”

The idea, like so many others that United Hatzalah initiated, was so successful, that many other organizations began to copy it. “Sure enough, we were the very first ones to make that move, and over the past 18 years, not only has United Hatzalah been incredibly successful in raising awareness and funds through this annual event, but we’ve seen many other organizations producing similar events over Chol Hamoed in order to try and capitalize on the thousands of concentrated donors looking for something entertaining to do with their friends and family.”

The concert also provides a location where attendees can meet volunteer first responders who save lives every day.

Often, even some of the people who have been rescued are invited up onto the stage to tell their story. Last year Meir Framowitz and Yishai Blau, two United Hatzalah volunteer EMTs, were invited onto stage with a two-year-old boy named Elchanan and his parents Yehoshua and Rivkah, to tell the story of how their actions saved Elchanan’s life on the first day of Sukkot. Elchanan, who had drowned in a local pond, was resuscitated by United Hatzalah EMTs who arrived at the scene of the emergency within two minutes of the emergency call being received by the dispatch and command center. The boy not only made a full recovery but was dancing on stage just five days later during the concert.

Dr. Adam Ballin, another United Hatzalah volunteer responder said: “We succeeded together in saving Elchanan’s life and giving this family something to celebrate rather than mourn. Being on stage with him tonight was simply out of this world. On Sukkot afternoon that child was basically dead and now he is up and around and jumping on stage and has a bright future in front of him. It was simply unbelievable.”

“But what really makes the United Hatzalah concert unique is something else entirely,” Schachter explained. “Aside for reaching high and aside for being first, I think that United Hatzalah is an idea that speaks to everyone regardless of their background or religious affiliation. The annual concert draws a very diverse crowd which I think is because of how relatable their work is. The work of this organization is incredibly important and it crosses all religious boundaries — all while highlighting the human side of everyone who lives in Israel. The idea that a human life is more valuable than all else is something everyone can agree with.”

To get tickets to the United Hatzalah concert, click here. 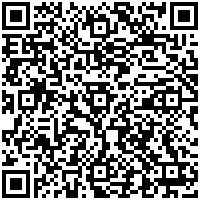