Israeli actress of Wonder Woman fame Gal Gadot is part of the season 30 episode of The Simpsons, titled “Bart’s Not Dead,” to be aired on Fox September 30.


Gadot plays herself in her first appearance on the longest-running animated prime time series in the history of the world.

In “Bart’s Not Dead,” Bart Simpson is hospitalized as the result of a dare, and reports he went to heaven and met Jesus.

Christian producers offer the Simpsons a movie deal, at which point Homer Simpson and Ned Flanders hold auditions for actors, including Gadot and Emily Deschanel, who would play Simpsons family members.

Flanders decides at once that she’s got the part, but Homer is skeptical, saying, “Wait, wait, wait. I know you were great in Fast & Furious, but what else were you in?”

I grew up watching @TheSimpsons and now I get to voice myself in an episode! ?? Stay tuned… pic.twitter.com/LtvrZ39UiJ

Back in February, Gadot tweeted: I grew up watching The Simpsons and now I get to voice myself in an episode! Stay tuned…” 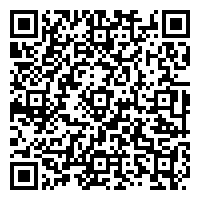