Purim 15th Century. Jews around the world prepare for the joyous holiday. It is the 14th of Adar and the feelings of “Mishenichnas Adar marbin b’simcha” (When Adar enters, joy increases) fill Jewish homes and hearts. Gifts of food, coins for charity are ready for distribution. The Megillah is unwound and prepared in ancient synagogues. Bottles of wine stand at attention on the holiday table. Jews from Italy and even farther don costumes and disguises.

From Germany to Jerusalem, masks, music and merriment abound. “Layehudim hayta ora v’simcha …” (The Jews had light and joy and gladness…) Everywhere! Except Spain.


Spain in the 15th Century, as well as eight centuries before and four centuries after (except for the intermittent times of the Golden Age), was most often a place of darkness and dread for the Jewish people. Constantly under the terror of bloody anti-Semitic rulers, Spain’s hidden Jews wore a mask of false identity.

Tens of thousands, possibly up to 300,000, were already conversos/marranos/anusim, forcibly converted or willingly converted first to Islam and then Christianity. Outwardly, they were loyal to the ruling religion of the time. In the hearts of many, belief in the One G-d of Israel still burned.

In order to keep their masks intact, marranos engaged in no public celebrations or community mitzvot. On Purim, no distribution of Mishloach manot or tzedakah. No above ground synagogue gatherings or prayer services, and no Megillah where the secret Jews could call out for the destruction of Haman.

Haman was real for the Jews of Spain, whether he went by the name of King Ferdinand, Chief Inquisitor Tomas de Torquemada or any other, whether he was a Visigoth, an Almohad, or a Catholic. Conversos needed no reminder that an enemy wanted their annihilation.

And just as the Jews of Shushan hoped and prayed for a champion, so did the marranos. Tragically, throughout the centuries of terror (with the exception, again, of the Golden Age), no rabbi or Jewish leader succeeded in saving the Jews of Spain from the Bitter Choice – conversion, expulsion or execution. The secret Jews looked to the heroine of the Purim story for strength and inspiration.

Esther, they felt, was the first marrano. Esther – even her name means “hidden”. Forced to hide her identity from the outside world yet faithful to G-d, she was masked, just as they were. She was their Esterika, Saint Esther, courageous even when they felt afraid. So, while they could not participate in visible mitzvot, Esther showed them a way to remember Purim and the great miracle of the Jewish people’s salvation. In their perilous state, when anyone and everyone could report their actions to the Inquisition, the Jews of Spain a mission took up Esther’s mission – something that they could actually fulfill in the privacy of their own homes, even at the risk of their lives.
Esther declared, “Go, assemble all the Jews who are present in Shushan and fast on my behalf, and neither eat nor drink for three days, day and night; also I and my maidens will fast in a like manner…” (Megillat Esther 4:16)

The hidden Jews of Spain connected to the Purim story through Queen Esther’s fast. Mainly undertaken by the converso women, some split up the three-day fast between family members, other fasted during the day and ate at night, some even endangered their lives to fast all three days. So important was the Fast of Esther to marranos that it was considered a proof by the Inquisition that a person who professed to be a “New Christian” was actually a Jew who must be punished.

Spain’s conversos celebrated Purim with the Fast of Esther at the full moon of February each year. They no longer had a Hebrew calendar. Few if any possessed a Megillah. But they remembered the story of Purim, and they drew strength from the valor of Esther, holding her in their hearts always.

The heroism of the Jews of Spain must be told.

This year, the Women’s Performance Community of Jerusalem together with OU Israel are bringing an original musical, “HIDDEN – The Secret Jews of Spain”, to the stage in November 2018, IY”H. Written by Sharon Katz and Avital Macales, “HIDDEN” is based on “The Family Aguilar” by Rabbi Marcus Lehmann, and is being presented with the permission of Feldheim Publishers.

Dancing on the Edge of Demolition in Netiv Ha’Avot 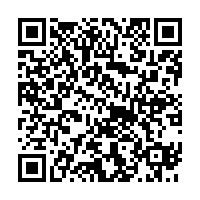