“The way the Israel is portrayed by the foreign press is not only broken, there are times when a talented but inexperienced reporter who has been assigned to cover Israel will get in front of a TV camera and literally bluff his/her way through a story with a straight face,” Matti Friedman, a renowned former reporter for the Associated Press (AP), revealed to a gathering of Christian journalists from all over the globe, attending this week’s Christian Media Summit in Jerusalem.

Despite the fact that his personal politics run to the left of the spectrum, Friedman admitted that he refused to follow the overwhelmingly liberal international media herd in Israel, which in the aftermath of the Six Day War, collectively decided that the on-going simplistic narrative would be, “If Israel ends the occupation of the West Bank and Gaza, there would be peace. As a former IDF soldier the gap between what I was writing, as part of the narrative and the reality that I knew as a soldier was too wide for me to accept, so I left AP.”


Friedman added, “Anyone who lives here knows that there’s no on-going Palestinian-Israel conflict. That’s fiction. There is a much broader regional conflict in the region which includes Iran, Hizbollah, Hamas, Syria, Lebanon of which Israel’s role in all this is one small part of a bigger dynamic.”

Friedman pointed out that the skewed coverage of the so-called on-going “violence in Israel” is borne out by eye-opening statistics. “Last year, the total number of violent deaths across Israel including terror attacks, domestic disputes etc. was only 18. In Jacksonville, Florida a small American city perceived to be quiet and safe, 119 people were killed in a violent manner. Journalists covering Israel have decided to create a reality that doesn’t always match what is really happening around them.”

The Western media in general, “refuses to report that religious conflict is at the heart of what is going in and around Israel.”

In follow-up panels exploring this hot button issue, Chris Mitchell, the long-time Jerusalem Bureau Chief for the Christian Broadcast Network claimed that the foreign media in Israel and the Western media in general, “refuses to report that religious conflict is at the heart of what is going in and around Israel.”

He added,” The on-going persecution of Christians in the Middle East, by the Palestinian Authority, Iran, Iraq and Syria is being vastly under-reported.”

Khaled Abu Toameh, the veteran Israeli-Arab correspondent for the Jerusalem Post shocked the audience when he disclosed that as long as he wrote about Israel from a negative point-of-view during his days as a reporter for Swedish TV (prior to his stint at the Post), he was considered a “hero.”

“Before the Oslo Accords there was only the Israeli government operating in the West Bank and Gaza. If I reported about any Israeli human rights violations or harsh measures, I won awards, was offered many jobs and I was hailed as a hero because as far as the international media was concerned I was on the ‘right side’ of the story,” recalled Toameh. “After the Oslo Accords, the Palestinian Authority took control of the West Bank and Gaza. When I saw the violence, human rights violations and corruption in the Palestinian Authority in the mid-1990’s that was a turning point for me. When I started reporting about these issues I was no longer a hero. My colleagues in the international media told me that’s not the story that they are looking to report. They wanted stories about the Israeli occupation and persecution of Palestinians. Some even called me a ‘Zionist agent’. Over time, I became disillusioned by the hypocrisy and the way this conflict is being covered where reporting the truth and facts were not important.”

The first Christian Media Summit, which is taking place this week in Israel’s capital city under the tutelage of Minister of Jerusalem Affairs & Heritage, Zeev Elkin and the Israel Government Press Office (GPO).

The summit coincides with the 50th anniversary of the reunification of Jerusalem, the eternal capital of Israel. The summit’s goal is to foster a better understanding and strengthen the friendship between Christians worldwide and the State of Israel. 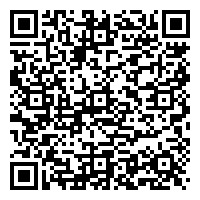