According to Yasmin El-Shazly, General Supervisor of Egypt’s Department of International Organizations for Cultural and International Cooperation in the Ministry of Antiquities, the synagogue was declared endangered by the World Monuments Fund, an NGO that is not a part of UNESCO.


The Egyptian government has allocated EGP 100 million to fund the restoration of the Eliyahu HaNavi Synagogue of Alexandria, he said.

Work on the project began this past August.

“The Egyptian government gives equal importance to all its monuments and heritage sites, whether Ancient Egyptian, Jewish, Coptic or Islamic,” El-Shazly said.

The synagogue is the oldest synagogue in the city. Located in downtown Alexandria on Nabi Daniel Street, it was originally built in 1354 but was partially destroyed in 1798 by the Napoleon expedition. The synagogue was rebuilt in 1850.

The project is slated to last eight months, according to the Egyptian government. 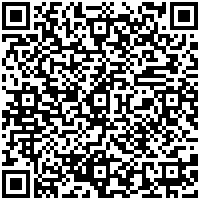