The Egyptian security delegation will return to the Gaza Strip Thursday evening, to review the truce between the local terror factions and the Israeli government, Ma’an reported.

The delegation, which includes Major General Ahmad Abdel Khaliq, who chairs the Palestinian desk in the Egyptian intelligence service, and Brig. Gen. Hammam Abu Zeid, will meet with the leaders of Hamas, the Palestinian National Action Organization and the leadership of the “return marches.”


Since last March, under the banner of a peaceful march to express their yearning to see the destruction of Israel so they could return to homes they had never actually seen, Arab mobs have assaulted Gaza’s border fence with Israel and IDF soldiers on the other side, resulting in bloody clashes.

The security delegation will discuss measures to stabilize the current cease-fire and prevent friction on the Gaza Strip border, but talks will not address halting tomorrow’s return marches, according to Ma’an.

An official at the Popular Resistance Movement expressed great surprise at not being invited to the meeting scheduled between the Egyptian security delegation and some local factions, including the leadership of the marches.

The Popular Resistance stressed the necessity of representing all local factions in every meeting, deal, or any other matter of concern, based on “the important role played by the resistance factions in confronting the occupation.” 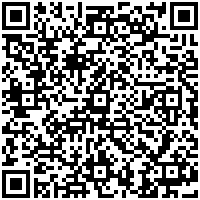