An Israeli-Iranian venture that was nationalized by Israel after the Iranian revolution of 1979 is about to be reborn as part of an Israeli-Egyptian natural gas deal.

In addition, the pipeline that connects Israel and Egypt – and which had to be shut down after it became a constant target during the Arab Spring – is also being included in the deal signed by Israeli natural gas developers Delek Drilling LP and Noble Energy Inc., with their Egyptian partner, The Egyptian Natural Gas Holding Company (EGAS).

(A pipe built on EAPC land (Eilat Ashkelon Pipeline Company Ltd.) – the former Israeli-Iranian joint venture that was doomed once the Islamists seized control of Iran – is being used as part of this projecct. The endpoint of the pipe, along with the gate valve that controls the flow of the gas from the Israeli side, is also built on EAPC land, according to the Calcalist, which reports EAPC stands to earn hundreds of millions of dollars over the next decade in the deal.)

The deal, worth $518 million, provides a 39 percent stake and gives the partners exclusive rights to use and lease the pipeline that connects Israel with Egypt and which is owned by Eastern Mediterranean Gas Co. (EMG), linking the southern Israeli coastal city of Ashkelon with the Sinai Peninsula. Necessary repair work is already underway. 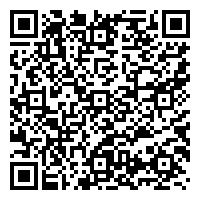