This was their third meeting. They met previously in Abu Dhabi in December 2021 and in Egypt in March.


Bennett was welcomed by Foreign Minister Sheikh Abdullah Bin Zayed and an honor guard. He met privately with President Bin Zayed at his palace, and the two then held an expanded working meeting with the participation of their staffs.

Upon departing, Bennett stated he “will take the special bond that has been woven between our countries to the next level — for the growth and security of both our peoples.”

He again commended the International Atomic Energy Agency’s (IAEA) Board of Governors for its decision to censure Iran for its nuclear activities, a decision “which clearly states that Iran is continuing to play games and is continuing to conceal and hide.”

The UN nuclear watchdog passed a resolution on Wednesday, which was adopted by an overwhelming majority of 30 in favor, with only Russia and China voting against it, censuring Iran over its nuclear program. Drafted by Britain, France, Germany, and the US, the resolution accuses Iran of not cooperating with the IAEA.

“On the one hand, we see in this decision the lies and the hypocrisy of Iran on the nuclear issue and in general. On the other hand, we see here a firm stance by the countries of the world regarding the distinction between good and evil, as they clearly state that Iran is concealing things. We will not let up on this issue,” he declared.

IAEA Director-General Rafael Grossi said this week that Iran has a considerable amount of enriched uranium and could be only weeks away from producing enough fissile material for a nuclear bomb.

Commenting on the talks in Vienna between the West and Iran on its return to the nuclear deal, State Department Spokesperson Ned Price stated Monday that “the prospect of a mutual return to compliance would still prolong that breakout time fairly significantly if we were successful in negotiating a mutual return to that. That remains a big question mark. We’ll have to see what the coming period – where that leads us.” 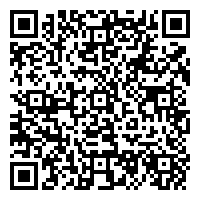