Israel is in the process of normalizing relations with the United Arab Emirates, and we figured we should look into just how normal the UAE is. The most glaring fact in that area is this: according to an estimate by the World Bank, the UAE’s population in 2018 stood at 9.543 million, with foreigners without citizenship accounting for 88.52%, while Emiratis make up the remaining 11.48%. Essentially, what we see in the UAE is an enormous system of slavery.

The kafala (visa-sponsorship) system ties migrant workers to their employers. Those who leave their employers can face punishment for “absconding,” including fines, prison, and deportation.


The UAE’s labor law excludes domestic workers, who face a range of abuses, including unpaid wages, confinement to the house, workdays of up to 21 hours with no breaks, and physical and sexual abuse by employers.

The UAE has made some reforms to increase domestic worker protection. In September 2017, the president signed a bill that guarantees domestic workers labor rights a day of rest once a week (for the first time), 30 days of paid annual leave, sick leave, and a maximum work day of 12 hours. But the 2017 law does not prohibit employers from charging reimbursement for recruitment expenses and requires that workers who terminate employment without a breach of contract compensate their employers with one month’s salary and pay for their own tickets home.

In January 2020, Emirati employers were reported to have been hiring Indian migrant workers on tourist visas, exploiting them and leaving them helpless with an illegal status. Recruiters in the UAE chose visit visas because they are cheap and more quickly available than the work permits.

According to the Ansar Burney Trust (ABT), an illegal sex industry thrives in the emirates, where a large number of the workers are victims of human trafficking and sexual exploitation, especially in Dubai. This complements the tourism and hospitality industry, a major part of Dubai’s economy.

In 2020, International United Nations Watch released a report on trafficking to the Middle East from Europe. The documentation highlighted multiple patterns of trafficking and made a mention of how the number of Moldovan women and girls are being trafficked to the UAE. It also said that Dubai continues to be the “amusement park of the Arabian Peninsula.”

In numerous instances, the UAE government has tortured people in custody, especially foreigners and political dissidents. UAE authorities are known to be using torture as a means to extract forced confessions of guilt. Since 2011, the UAE government has increasingly carried out forced disappearances. Many foreign nationals and Emirati citizens have been arrested and abducted by the state, the UAE government denies these people are being held to conceal their whereabouts, placing them outside the protection of the law.

The Arab Organization of Human Rights has obtained testimonies from many defendants, for its report on “Forced disappearance and Torture in the UAE,” which included 16 different methods of torture including severe beatings, threats with electrocution and denying access to medical care. According to the report, “The nexus between torture and enforced disappearance is well established in international law. The Inter-American Court of Human Rights has found that prolonged isolation and deprivation of communication is in itself a form of cruel and inhuman treatment. The European Court of Human Rights has declared that the uncertainty, doubt, and apprehension suffered by the families of disappeared people over a prolonged and continuing period of time is a violation of the absolute and non-derogable prohibition of torture.”

Homosexuality is illegal and is punishable by death in the UAE.

Emirati women must receive permission from male guardian to marry and remarry. The requirement is based on Sharia law, and has been the federal law since 2005. In all the emirates, it is illegal for Muslim women to marry non-Muslims. In the UAE, a marriage union between a Muslim woman and non-Muslim man is considered a form of fornication punishable by law.

Flogging is a punishment for criminal offences such as adultery, premarital sex, and alcohol consumption. Flogging sentences range from 80 to 200 lashes. Verbal abuse pertaining to a person’s sexual honor is illegal and punishable by 80 lashes. Between 2007 and 2014, many people in the UAE were sentenced to 100 lashes. In 2015, two men were sentenced to 80 lashes for hitting and insulting a woman.

Illicit sex is sometimes punished by 60 lashes. 80 lashes is the standard amount for anyone sentenced to flogging in several emirates. Sharia courts have punished domestic workers with floggings. In October 2013, a Filipino housemaid was sentenced to 100 lashes for theft from her employer when she became pregnant out of wedlock. Many foreigners have been sentenced to 80 lashes for drunk-driving. Under UAE law, premarital sex is punishable by 100 lashes.

Abortion is illegal and punishable by a maximum penalty of 100 lashes and up to five years in prison.

So, should you be planning your next vacation in one of the glamorous hotels in Abu Dabi, keep in mind that you will be served by de facto slaves and walk streets that are soaked in the blood of slaves. 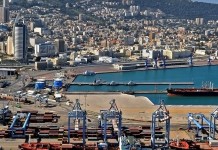 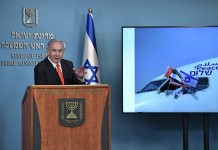 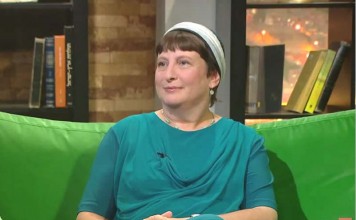 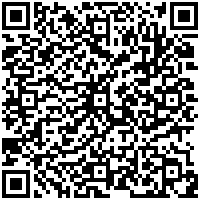