Hezbollah Secretary-General Hassan Nasrallah said in a recent speech that nobody should mistakenly claim that Israel is preventing Lebanon from accessing the oil and gas fields near its southern shore. The Lebanese resistance would not allow this to happen, he added.

According to a report and video posted by the Middle East Media Research Institute (MEMRI), Nasrallah commented on the Fasl Al-Khitab YouTube channel on Monday.


“As I have said before, I do not want to intervene in the demarcation of [Israel-Lebanon] maritime boundaries. Lebanon marked offshore blocks where [the Lebanese] believe that this is our water,” said Nasrallah.

“I say to the Lebanese state and to the Lebanese people that you have courageous, powerful and capable resistance force which can say to the enemy—that is working day and night to drill and extract oil and gas from the disputed areas—that if you prevent Lebanon from doing this, we will respond in kind,” he said.

According to the report, Nasrallah said that Americans are heading to Lebanon to negotiate “in an attempt to accomplish Israel’s interests.”

“The path of negotiations, and especially via the conspiring, collaborating and dishonest American broker who supports Israel, will not lead us to any results,” he continued.

The Americans have been trying to mediate an agreement between the two countries. 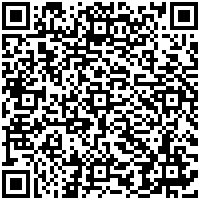