The IDF declared the area around the northern border near the Israeli city of Metullah a closed military zone on Sunday afternoon, but reopened the area shortly after.

The area is adjacent to the northern border with Lebanon, home to Iran’s main proxy in the region, the Hezbollah terrorist organization.


“Contrary to media reports, we are operating in accordance with standard routine,” the Metullah Council said in message sent to residents Sunday afternoon to calm jittery residents, adding that demonstrations by Hezbollah sympathizers had taken place.

“IDF officials are monitoring events taking place and are in constant contact with the council leadership and security officials. If there is a change in the guidelines, a follow up notice will be issued accordingly,” the Council statement said.

The Israel Defense Forces were on high alert since Saturday; intelligence reports from the US and Israel indicated Iran and its proxies were planning to strike this weekend to avenge the death of Iran’s Islamic Revolutionary Guards Corps Quds Force Commander, Major-General Qassem Soleimani.

Sunday, January 3 was the first anniversary of the assassination of the Quds Force commander in an armed drone strike by US forces in Iraq.

However, Metullah was not part of the closed military zone at any time, and the zone was opened shortly after the closure. 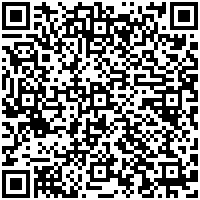