The new agreement between world powers and Iran on its nuclear program will be “shorter and weaker than the previous one,” Prime Minister Naftali Bennett warned, and therefore, Israel is “preparing for the day after.”

Speaking on Sunday at the beginning of the Cabinet meeting, Bennett stated that the talks between Iran and the major powers on a return to a nuclear agreement “are advancing quickly. We may see an agreement shortly. The new apparent agreement is shorter and weaker than the previous one.”


He explained that the first agreement, signed in 2015, was an agreement for 10 years, as opposed to two-and-a-half years now, “meaning that restrictions on Iran’s nuclear program are expected to expire in 2025,” as it would with the first deal.

“Two things have happened since the original signing: The Iranians have made great strides in building their enrichment capability and time has passed,” the Israeli premier noted.

“If the world signs the agreement again – without extending the expiration date – then we are talking about an agreement that buys a total of two and a half years, after which Iran can and may develop and install advanced centrifuges, without restrictions. According to the agreement, this would mean ‘stadiums’ of centrifuges,” he cautioned.

“In return, the Iranians will currently receive tens of billions of dollars and the lifting of sanctions; that is a lot of money. This money will eventually go to terrorism in the area. This terrorism endangers us, endangers other countries in the region – as we have seen recently – and it will also endanger American forces in the region,” he pointed out.

In any case, Israel is “organizing and preparing for the day after, in all dimensions, so that we can maintain the security of the citizens of Israel by ourselves,” he underscored.

The latest reports indicate that the US and the other powers negotiating with Tehran in Vienna are close to reviving the nuclear deal with Iran.

Israel is closely monitoring the negotiations in Austria and fears that the Western powers will reengage Iran in a deal that enables it to eventually develop a nuclear bomb while removing sanctions on the country and thawing Tehran’s assets, enabling it to boost its global terror network.

Defense Minister Benny Gantz delivered remarks on Sunday at the Munich Security Conference and likewise noted that “we are currently in a critical period for global security, as well as for stability and peace in the Middle East. Iranian aggression is rising – not just in the nuclear program but also in its regional attacks.”

He explained that “Iran takes over failed states, forcing them to defend Iranian interests, while committing severe human rights violations,” including in Iraq, Yemen, Syria, and Lebanon.

He further noted that Iran “exploits civilian flights from Tehran to Damascus International Airport to transport weapons under the illusion of civilian equipment. Iran also endangers the lives of innocent civilians by transferring weapons in containers that arrive to the port of Latakia.”

“A nuclear deal, if signed with Iran – does not mark the end of the road. Action must be taken to ensure that Iran does not continue to enrich in additional facilities, and oversight must be increased. It is essential that the IAEA continues to investigate and monitor the open files. We must ensure that the advanced centrifuges are not found in other facilities. Development of ballistic missiles capable of carrying nuclear warheads must be stopped,” he demanded.

He made similar remarks during a meeting with Vice President Kamala Harris in Munich on Saturday evening. 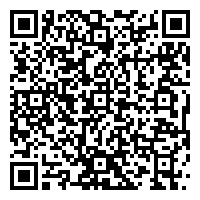