A former house cleaner at the private residence of Israeli Defense Minister Benny Gantz was convicted on Tuesday of attempting to pass information to an enemy entity.

Omri Goren, a 38-year-old resident of Lod, was found guilty by the Rishon Lezion District Court of attempting to transmit information to Iran-linked hackers. He was sentenced to three years in prison as part of a plea deal that saw espionage charges withdrawn from the indictment.


According to the Israeli Justice Ministry, Goren informed the Black Shadow hackers group that in exchange for money, he could deliver information on Gantz and install malware on his computer.

The Israel Security Agency (Shin Bet) said Goren did not have access to any security-related materials at Gantz’s home. The agency opened an internal investigation to determine how the cleaner, who had a criminal record and was hired before Gantz entered politics, was allowed to continue working for the minister.

“[Goren] is not a spy, and this isn’t a spying scandal. This is a man who found himself entangled in debt and identified a security breach,” said Goren’s lawyers, Gal Wolf and Anat Yaari, i24 News reported. 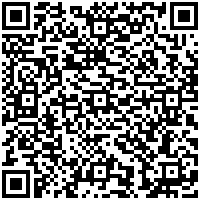