The IDF is preparing for the strong possibility of a direct strike against Iran’s nuclear technology program.

“The IDF is working systematically and in various ways to reduce Iran’s influence in the Middle East,” IDF Chief of Staff Aviv Kochavi said Wednesday in a briefing at a “L’Chaim” with military correspondents ahead of the Jewish New Year.


“The IDF is preparing, with a concerted effort, for the possibility of another operation in Gaza,” he said. “We do not accept and will not accept a violation of our sovereignty, no matter who is behind it, and Hamas is responsible for everything that happens in the Gaza Strip.”

Iran has generously supplied up-to-date weaponry, funds and training to Gaza’s ruling Hamas terrorist organization and to its Gaza ally, the Palestinian Islamic Jihad terror group — both of which are keeping Israel’s southern border in a constant state of turmoil.

Hezbollah, Tehran’s military proxy in Lebanon — a country which itself is in a state of unprecedented crisis — is doing the same. The terror group boasts an arsenal of more than 100,000 missiles of varying types in addition to missile transformation factories scattered around the country, to upgrade the more primitive projectiles to precision guided missiles (PGMs).

Although Israel’s northern border has been relatively calm, in recent weeks there has been a slow movement by Hezbollah and its Palestinian allies in Lebanon, towards testing the mettle of the IDF with a military campaign of rocket fire and gunfire.

Israel is deeply concerned about Iran’s ability to carry out proxy operations along both the southern and northern border — and how the missiles currently in use might soon be upgraded to those with nuclear warheads.

“The progress in the Iranian nuclear program has led the IDF to speed up its operational plans, and the defense budget that was recently approved is meant to address this, Kochavi said.

It is believed that Iran is only months away from being able to produce a nuclear weapon small enough to fit into a missile warhead.

The recently passed defense budget for the years 2021-2022 is expected to be about NIS 58 billion ($18 billion) a year. Nearly NIS 2 billion ($620 million) of that budget is earmarked for an anticipated IDF effort to confront the Islamic Republic of Iran.

Defense Minister Benny Gantz, a former IDF chief of staff, delivered a similar message on Wednesday to foreign diplomats, warning the IDF may have to act directly against Iran.

“The State of Israel has the means to act and will not hesitate to do so. I do not rule out the possibility that Israel will have to take action in the future to prevent a nuclear Iran,” Gantz said.

The defense minister noted that Tehran is only two months away from acquiring the materials necessary for a nuclear weapon.

“We do not know if the Iranian regime will be willing to sign an agreement and come back to the negotiation table and the international community must build a viable ‘Plan B’ to stop Iran in its tracks towards a nuclear weapon,” he added.

But there is no question about the importance of finding a way to stop Iran’s relentless drive towards completion of its nuclear preparations.

“The Iranian nuclear program could incite an arms race in the region and the entire world,” Gantz pointed out.

An upgraded nuclear agreement between Tehran and world powers might be able to put the brakes on Iran’s drive towards nuclear military capability. It also might not.

Israel needs to be prepared for both.

If Iran does achieve nuclear military capability, it is unlikely Iranian terror proxies throughout the Middle East will go without.

Earlier this month, Hezbollah fired a barrage of rockets at Israeli forces along the northern border three times in as many days. Israeli forces returned fire to the source of the attacks, but civilians forced to contend with such attacks are kept on a slow-boil state of readiness, in addition to the trauma suffered during attacks.

Also in the first week of this month, at the same time, a combat UAV (drone) reportedly launched by Houthi militants from Yemen carried out an attack on the HV Mercer Street oil tanker as it sailed near the coast of Oman. Two of the crew members died in the attack, although neither was Israeli or Jewish. The Iranian-backed Houthis have also repeatedly attacked oil fields and other strategic targets in Saudi Arabia in another proxy move backed by Iran.

However, a Houthi attack on Israeli assets constitutes an unwelcome sign that Iran is working to expand its theater of proxy combat against the Jewish State.

The Jewish State has not directly returned fire in response increased Iranian attacks on Israeli-owned and/or operated vessels, many of which transit the Gulf of Oman and sail through the Strait of Hormuz, which opens into the Persian Gulf.

Other countries are threatened as well: at least 40 percent of the world’s oil supplies are delivered via oil tankers transiting through the Strait of Hormuz, which separates Iran – at its northern end – from Oman and the United Arab Emirates to the south.

Instead of a direct action in the maritime war that seems to be gradually unfolding, Israel instead continues to focus its attacks meanwhile on the degradation of Iranian assets in Syria – which are legion at this point — across the Golan Heights on the eastern end of Israel’s northern border.

The situation along the Gaza border — where more than three thousand Hamas-led rioters gathered on Wednesday afternoon and evening to repeat the violence of last week’s “protests” — is another area where Iran carries out its attacks on Israel through its terror proxies. Israel’s southern border is not at a slow boil, however: the IDF is actively preparing for another potential war due to the recent Hamas escalation in violence.

Israeli Prime Minister Naftali Bennett – like his predecessor, former Prime Minister Benjamin Netanyahu — is expected to address the global issue of Iran and its proxy attacks on Thursday in his first White House meeting with President Joe Biden. 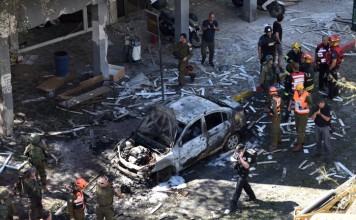 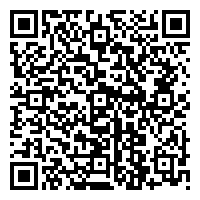