According to government estimates, 66,000 people out of Iran’s 80 million people have HIV, but half of them, about 30,000, are not aware of their condition. According to Tehran Times, Iranian authorities blame this on public ignorance and on the stigma associated with contracting the virus. In the US, government statistics show that 1.1 million people live with HIV, but only one in seven are unaware of it.


More than 50% of those with HIV in Iran are between 21 and 35, according to Parvin Afsar Kazerouni, head of the Health Ministry’s AIDS department. This age group represents about 28% of Iran’s overall population. The number of those infected through sex, as opposed to shared drug needles, continues to rise.

According to Dr Mohammad Mahdi Gouya, Iran’s deputy health minister, “If we look at five or six years ago, the rate of infection through sex was around 16% or 17%, to 20% at the most. Now it is up to 40% cent or even more in some provinces.”

In the recent past, Iran allowed “temporary marriages” or “sigheh” — a legal contract under Sharia law that allows a couple to share a hotel room or travel together, which is not officially sanctioned by the government. These marriage contracts may last from a few hours to a few years, but they are increasingly unpopular in mainstream society.

Instead, Tehran has seen a move toward “white marriages,” meaning couples living together before getting married. Mohammad Mohammadi Golpayegani, Supreme Leader Ayatollah Ali Khamenei’s chief of staff, has attacked the practice, which brings young Iranians ever closer to a Western lifestyle. Plentifully available Wi Fi helps, too.

Homeira Fallahi, a senior advisor to the AIDS and sexually transmitted diseases department of the Health Ministry told Tehran Times that the Iran-based website hiv-sti.ir is dedicated to HIV and sexually transmitted diseases (STD), with information about infections passed from one person to another through unprotected sex. The website also provides information about 157 centers nationwide which will conduct confidential and free of charge HIV test and counselling services to the public, Fallahi highlighted.

Also, according to Fallahi, some 7 juvenile counselling centers are offering HIV counselling services to the teenagers are now running in the provinces of Tehran, Khuzestan, Fars, Alborz, Lorestan and Kermanshah. 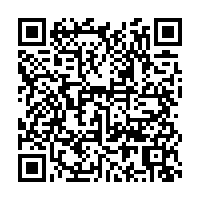