Iran’s Mahan Airlines, which is linked to the Islamic Revolutionary Guards Corps-Qods Force (IRGC-QF) and is involved in the shipment of weapons to Hezbollah terror organization, was recently hit by a cyberattack, the country’s media reported.

Reports quote hackers who claim they have obtained “sensitive information” about the airline’s “close cooperation with the Quds Force of the Revolutionary Guards”.


The company confirmed that there was an attack, but claims it was “contained.”

Amirhossein Zol-Anvari, the director-general of Mahan Air Public Relations, told Iranian media on Sunday that “cyberattacks on the airline were nothing new and it had already successfully controlled these attacks several times.”

He acknowledged that the airline has recently been subject to another cyberattack and that “this was an ordinary issue for the company’s security team that acted wisely and in time to neutralize the attack.”

All flights are operating as scheduled and “any changes would be announced in advanced,” said Zol-Anvari.

Mahan Airlines is a designated terror entity. The US Department of the Treasury’s Office of Foreign Assets Control (OFAC) designated the airline in 2011 for providing financial, material, or technological support to the IRGC.

Mahan Air has transported IRGC-QF operatives, weapons, equipment, and funds abroad in support of the IRGC-QF’s regional operations, and has also moved weapons and personnel for Hezbollah. Since the onset of the Syrian civil war, Mahan Air has routinely flown fighters and materiel to Syria to prop up the Assad regime, which has contributed to mass atrocities and displacement of civilians. 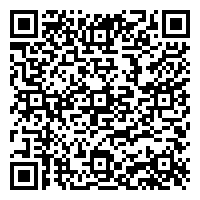