“I am apologizing for the incapacity to continue serving and all the shortcomings during the service in the past years during my time as foreign minister. I thank the Iranian nation and officials . . . Be happy and upbeat,” he wrote in the post on his Instagram page, jzarif_ir.


No reason or explanation was provided for the resignation, which was confirmed by deputy foreign ministry spokesperson Sayyed Abbas Moussawi in an interview with Iran’s state-run IRNA news agency. It was also confirmed by the state-run Tasnim news agency. Both news agencies said, however, that it was “not clear whether President Hassan Rouhani would accept it.”

Numerous sources note that Zarif, 59, was not present at meetings earlier in the day between Iran’s Supreme Leader Ayatollah Ali Khamenei and Syrian President Bashar al-Assad, nor was he present at a subsequent meeting between President Rouhani, IRGC Quds Force commander Major-General Qassem Soleimani and Assad thereafter.

Zarif was the driving force behind the 2015 JCPOA nuclear deal between Iran and the top six world powers; of those, the leading United States withdrew from the deal last year.

An unconfirmed report claimed the current speaker of the Iranian Parliament, Dr. Ali Larijani, former head of the Iranian Atomic Organization and a retired general in the Islamic Revolutionary Guard Corps (IRGC), Iranian Armed Forces, is to become the new foreign minister.

Iranian state media said Monday that Khamenei praised Assad as a hero who had strengthened the alliance between Iran, Syria and Hezbollah, according to Reuters. “The Islamic Republic of Iran sees helping Syria’s government and nation as support for the resistance movement (against Israel) and is deeply proud of doing it,” Khamenei was quoted as saying. 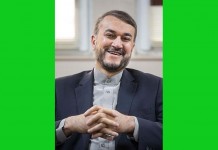 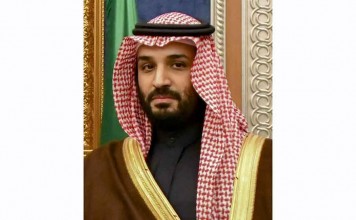 What’s Next For Israel-Saudi Arabia Ties?