Iranians took to the street on Saturday night and protested the country’s downing of Ukraine’s flight 752 early Wednesday which killed all passengers and crew, and called for the resignation of Iran’s Supreme Leader Ayatollah Ali Khamenei.


After initially denying the allegation, Iran admitted that its air defenses had shot down the plane, a result of a “human error” and after it was mistaken for a US cruise missile.

Following the exposure of Iran’s responsibility for the downing of the Ukrainian aircraft, protesters took to the streets and shouted “Khamenei traitor and murderer,” “death to the Ayatollahs,” and “not Gaza, not Lebanon, our hearts for Iran alone.”

Iranians have been critical of the regime’s policy of supporting terrorist organizations throughout the Middle East, including Hamas and Islamic Jihad in the Gaza Strip and Hezbollah in Lebanon, at a time that Iran is collapsing under the weight crippling financial sanctions against it.

Israeli Foreign Minister Yisrael Katz shared a clip of the demonstrations in Tehran, wrote “our hearts are with the Iranian people” and called the protesters “courageous.”

President Donald Trump tweeted to “the brave, long-suffering people of Iran: I’ve stood with you since the beginning of my Presidency, and my Administration will continue to stand with you. We are following your protests closely, and are inspired by your courage.”

He demanded that Iran allow human rights groups “to monitor and report facts from the ground on the ongoing protests by the Iranian people” and warned against “another massacre of peaceful protesters, nor an internet shutdown. The world is watching.”

He was referring to protests in Iran over a hike in gas prices in the country last month in which at least 1,500 were killed, tens of thousands were injured, and the internet was shut down in the country to stop the spread of the demonstrations and block the opposition’s ability to inform the world of what was happening in the country. 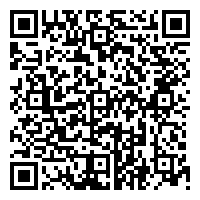