Israel’s security system is on high alert after Qasem Soleimani, the head of Iran’s elite Qods Force and one of the most significant figures in the Islamic Republic, was killed on Friday in an airstrike in Baghdad.

Prime Minister Benjamin Netanyahu, who was in Greece to sign a gas pipeline agreement at the time and was expected to stay there over the weekend, returned to Israel on Friday upon hearing of the American strike, arriving in the country a short time before Shabbat.


Defense Minister Naftali Bennett on Friday held a discussion on the security situation in the military headquarters in Tel Aviv with the country’s top security officials, including the Chief of Staff, head of the National Security Council and head of the Mossad.

Soleimani commanded Iran’s elite Qods military force, which acted in Syria to launch terror attacks towards Israel and had fired rockets at Israel’s north on several occasions. After he was eliminated, the IDF ordered to close Mount Hermon near the Syrian border to visitors out of fear of attacks. The order has since been lifted.

Netanyahu praised President Trump for the strike on Soleimani and said that Israel stands with the US in its right to self-defense.

“Just as Israel has the right of self-defense, the United States has exactly the same right. Qassem Soleimani is responsible for the death of American citizens and many other innocent people. He was planning more such attacks. President Trump deserves all the credit for acting swiftly, forcefully and decisively. Israel stands with the United States in its just struggle for peace, security and self-defense,” he said.

Netanyahu ordered all ministers in the Israeli government not to respond to the American strike.

Member of Knesset (MK) Benny Gantz, chairman of the Blue and White party and a former IDF chief of staff, said the American action is a warning message to the leaders of global terrorism.

“Soleimani’s assassination is a message to the heads of global terrorism – beware. I congratulate President Trump on his leadership and his courageous decision. In matters of Israel’s security, there is no coalition and opposition at this time. I expect all top officials to refrain from insinuations that are detrimental to national security,” he said. 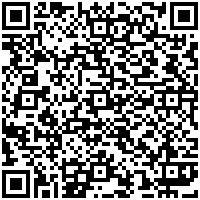