Mossad Director David Barnea pledged on Thursday that Iran will never acquire nuclear weapons. He made the promise at a ceremony held at the President’s House in Jerusalem in honor of outstanding members of the Mossad.

An emphatic Barnea declared, “Not in the coming years, never, it’s my commitment, it’s the Mossad’s commitment.”


The comments came as international talks are being held in Vienna this week on reinstating the 2015 nuclear agreement that Iran had signed.

Israeli leaders, including the Prime Minister, Defense Minister and the Foreign Minister, have been warning their counterparts around the world of the threat posed by Iran and telling them not to trust the Iranians in these negotiations.

On the claims made by Iran that its nuclear program is for domestic energy use alone, Barnea said, “It is clear that there is no need for 60 percent enriched uranium for civilian purposes, there is no need for three sites with thousands of active centrifuges unless there is an intention to develop nuclear weapons.”

Barnea further warned that it would be “intolerable” for Israel should world leaders reach a bad agreement with Iran.

Prime Minister Bennett and President Herzog were both present when the remarks were made. 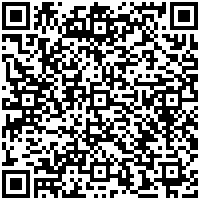