The international community must stand united against terror and a “flood of radicalism,” Prime Minister Binyamin Netanyahu said Tuesday.


Addressing the Ministry of Foreign Affairs at a ceremony to honour fallen members of the diplomatic corps, Netanyahu sounded a warning for Israel not to fall into a trap of appearing weak in order to dissuade would-be terrorists from attacking. The premier said the IDF and intelligence services would “shut down” terror attempts, both in Israel and abroad, and added that just as would-be terrorists can “smell weakness,” they can also sense strength.

Netanyahu noted that 16 members of the diplomatic corps have been killed in the line of duty since the establishment of the state, attacks the premier said violated accepted international norms.

“Sixteen diplomats. Sixteen bereaved families. We all feel their absence; we are all determined to continue on their path. The mind cannot accept attacks on innocent diplomats. It is absolutely beyond the moral Pale.

“(But) barbaric radicalism does not play by accepted rules,” the premier said. “Terrorism knows no borders. Today, it is Iran that sponsors brutal terrorism, as well as ISIS. No continent, no country is safe from terrorism. We must stand against them together, to build a solid wall of the civilized world against the flood of radicalism,” Netanyahu said.

In a thinly-veiled message to Iran, Netanyahu cited the 1979 takeover of the U.S. embassy in Tehran and the subsequent 444-day hostage crisis as the beginning of a wave of international terrorism that continues to this day and warned the Islamic Republic not to use this Thursday’s Independence Day as an excuse to attack Israeli installations around the world.

“Our General Security Service (Shin Bet) and Mossad are on guard to scuttle attempts to conduct more attacks (on Israel’s diplomatic installations). I want you to know that we deal all the time with threats with the utmost seriousness in order to protect the safety of our diplomats, wherever they may be,” he said at the ceremony.

Netanyahu also cited the 1992 bombing of the Israeli embassy in Buenos Aires, Argentina and the bombing of a Jewish community center in the same city two years later – more than 100 civilians died in the two blasts, and hundreds were wounded – as evidence that terrorists do not respect international norms of diplomatic immunity, and said that Israel would respond to any attack on the current diplomatic corps or installations around the world.

Despite the attacks, Netanyahu praised the Foreign Ministry for overseeing the largest expansion of Israel’s diplomatic presence on the global stage in Israel’s history and praised the Trump administration for the planned move of the American embassy in Israel to Jerusalem.

He added that the “lion’s share” of countries in the world maintain diplomatic relations with Israel, including an increasing number of countries around the Middle East.

“We have fought successfully against forces that tried to isolate us. Today, we are turning Israel into a rising world power,” Netanyahu said. 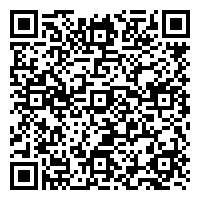