Salami, 59, served as deputy head of the corps for nine years, and is a veteran of the 1980-88 Iran-Iraq war. He had also led the corps’ air force before becoming the second-in-command.

He succeeds Maj.-Gen. Mohammad Ali Jafari, who served as head of the Islamic military force since 2007.

It’s not clear why Khamenei made the change, and no reason was given for the new appointment.

He recently issued threats against the United States and Israel, saying Iran plans to “fight them on the global level, not just in one spot. Our war is not a local war. We have plans to defeat the world powers.”

In specific threats against Israel, Salami warned that any new war would “result in their termination. . . Iran has warned the Zionist regime not to play with fire, because they will be destroyed before the U.S. helps them.

“A new war will result in Israel’s defeat within three days, in a way that they will not find enough graves to bury their dead,” he threatened.

Salami’s hatred of Israel is not new.

In July 2016, he was quoted by Al Jazeera as saying in a sermon in Tehran that aired on IRIB TV that “only in Lebanon, more than 100,000 Qaem missiles are ready for launch . . . so that any time the Zionist regime seeks to repeat its previous mistakes with miscalculations, these missiles would… come down on the heart of the Zionist regime and be the prelude for a big collapse in the modern era… They are just waiting for the command, so that when the trigger is pulled, the accursed black dot will be wiped off the geopolitical map of the world, once and for all.”

The IRGC is considered a separate force from the Iranian military, with its own secret service, troops, air force and naval branches. It also maintains full control over Iran’s ballistic missile and nuclear technology programs, under the direct supervision of the Supreme Leader. 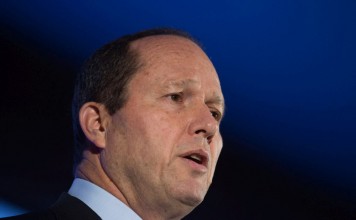