United Arab Emirates intelligence agents have reportedly arrested Iranian nations in Dubai and Abu Dhabi in connection with allegations they were planning to carry out attacks to avenge the death of Iran’s Quds Force Commander Major-General Qassem Soleimani, according to a report by Israel’s Channel 12 News.

The suspects are being questioned, according to the report, with the UAE sharing information gleaned during the interrogation with its allies and friendly states.


The intelligence agents are investigating to determine whether the Iranian terror cell arrested by the UAE forces were specifically targeting Israeli tourists and businesspeople, Channel 12 reported.

Soleimani was assassinated a year ago, on January 3, 2020, in a military drone attack by US forces in Iraq.

Israeli military forces have been on high alert this weekend in anticipation of a possible attack to mark the anniversary of Soleimani’s death, by Iran or one of its proxies in the region.

Security forces elsewhere around the region, particularly where there are Israeli tourists and/or diplomats, are likewise being especially vigilant.

Thousands of Israelis have taken the opportunity in recent months to travel to Dubai for business as well as pleasure – including to celebrate special family events — since the opening of diplomatic relations between the Jewish State and the United Arab Emirates.

Among those flocking to UAE destinations are strictly Orthodox Jews who celebrate weddings and other events in Dubai’s less restrictive environment, while finding the same kashrut standards they have at home, thanks to the UAE’s willingness to work with kashrut authorities to provide a strict standard of kosher fare. 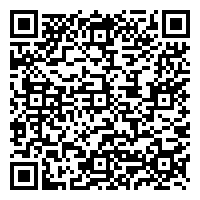