Israel and Jordan agreed to a deal on Thursday for Jordan to buy 50 million more cubic meters of water from Israel and increase its exports to Judea and Samaria, apparently just days after Prime Minister Naftali Bennett met secretly with King Abdullah II at his palace in Amman.


In addition to the agreements on water and trade, Jordan’s foreign minister also inserted a note of negativity into the meeting, calling for a two-state solution to the conflict between Israel and the Palestinian Authority, and for Israel to stop what he called “illegal” acts that undermine it.

Israel has said repeatedly that the two-state “solution” is not a solution to the conflict.

In accordance with the decisions made at the meeting, Jordanian exports to Judea and Samaria will increase from $160 million a year to $700 million.

“Final details will be worked out by the professional teams in the coming days,” the statement added.

The understandings between the two foreign ministers were reached after a decision by Prime Minister Naftali Bennett for Israel to sell up to 50 million cubic meters of water to Jordan during the current “water year”.

The news was followed by a separate report revealing that Bennett had met secretly last week with Jordan’s King Abdullah II at his palace in Amman.

It was Abdullah’s first meeting since June 2018 with an Israeli prime minister, Ynet reported.

News of that that meeting, however, has caused “embarrassment” for the king, who is forced to contend with a fractious parliament comprised of lawmakers who hate Israel. Jordanian officials reportedly agreed to the summit only on condition of strict secrecy.

Israeli media were blamed for the leak.

At their meeting, the two heads of state discussed the issue of Israel supplying more drinking water to the kingdom.

“The Foreign Ministry will continue to hold an ongoing dialogue to preserve and strengthen the relationship. We will expand economic cooperation for the benefit of both countries,” Lapid said in a statement after his meeting with Safadi. 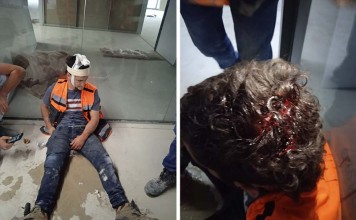 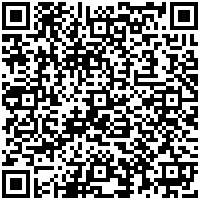