Hezbollah chief Hassan Nasrallah issued a warning on Tuesday evening against anyone trying to take advantage of the current unrest in Lebanon to weaken his organization. Nasrallah was responding, in part, to the protests and riots within Lebanon against Hezbollah. At one of the recent protests, Lebanese citizens blocked a Hezbollah food convoy on its way from Lebanon to Syria.

“Whoever puts us between the option of withdrawing our weapons or killing us with hunger, we say: ‘Our weapons will remain in our hands and we will not starve; we will kill you,’ ” Nasrallah announced in his speech, a transcript of which was posted on the website of Al-Manar, the Lebanon-based satellite TV station affiliated with Hezbollah.

Nasrallah also accused the United States of blocking the flow of cash into Lebanon, as the Lebanese pound dropped steeply last week, leading to a fresh wave of popular protests.

“Americans are interfering and pressuring Lebanon’s Central Bank (BDL) to prevent it from injecting dollars into markets,” he said, adding, “The U.S. is using Lebanon and its economy to [further its] interests, among [them] Israel’s security and land and maritime borders.”

Addressing calls from within Lebanon for the removal of Hezbollah’s weapons he said, “Resistance arms, for our people, [are] part of our culture, strategic doctrine and deeper than others can imagine.”

Lebanon has seen deep economic and civil unrest in the past year due to the COVID-19 pandemic and government corruption. Unemployment passed 40 percent, banks and other financial institutions have been overrun by protesters and there is a general expectation of a Hezbollah takeover, according to Mideast experts.

The JewishPress.com News Desk contributed to this report. 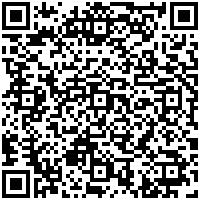