Since the explosion in the port of Beirut almost a week ago, Lebanon has been looking for the “smoking gun” that will prove Hezbollah’s responsibility for the ammonia nitrate cargo that was stored in the port and which exploded and caused destruction and death throughout the Lebanese capital.

In recent days, a number of allegations have been published in the Arab media linking Hezbollah to the port of Beirut. It should be noted that some of these media outlets are affiliated with the Sunni Gulf states and with Saudi Arabia and have a political interest in these publications intended to harm Hezbollah.


One of the reports claimed that Lebanon’s State Security Agency had set up a branch in the port of Beirut about two years ago due to the presence of the dangerous substance. This step may have come about because the owners of the ammonia cargo, whoever it was, refused to evacuate it from the warehouse at the port.

The State Security Agency also turned to the Attorney General, who ordered the placement of a guard on the warehouse and a fixing of the structural defects of the building, and the agency itself sent a letter to the port’s authorities warning of the dangerous materials.

Wafik Safa, Hezbollah leader Hassan Nasrallah’s brother-in-law, came up as someone who was powerful in the port of Beirut and made it a source of income for Hezbollah. Safa held a senior security position in Hezbollah, managed its real estate assets, the trade from the port of Beirut, including drug trafficking and smuggling, and oversaw the coordination between Hezbollah and the security forces in Lebanon.

Sources in Lebanon claim that Safa was also responsible for the ammonia cargo and that it is not possible that he did not know about its existence, since officers in Lebanon and the customs administration have in recent years tried to have the ammonia disposed of.

According to one of the allegations, a high-ranking officer from the drug department tried time and again to get rid of the ammonia cargo but was found dead after he slipped in the street and was hit in the head.

Other sources say that Badir Daher, the port’s customs director, who is close to Hezbollah and is one of the 16 detainees in the affair, addressed the ammonia threat several times until it became clear to him that it was in the interest of senior officials and therefore stopped.

According to various unofficial testimonies, Hezbollah operatives have been seen at the site of the explosion in the guise of health workers (the health minister is a Hezbollah member) or in Lebanese army uniforms, hence the speculation that they are concealing evidence linking Hezbollah to the deadly explosion.

Other testimonies claim that Hezbollah members transferred missile remains from a warehouse near the site of the explosion.

The Lebanese newspaper Al-Akhbar, which is close to Hezbollah, also published a few days ago that two ships carrying cargo of old shells had been in the port of Beirut for more than 20 years.

Ashraf Rifi, the former Lebanese justice minister, said in response to Nasrallah’s speech in which he claimed that Hezbollah was not responsible that the warehouse with the ammonia cargo belonged to Hezbollah. Rifi himself was the head of Lebanon’s internal security services.

Meanwhile, photos and testimonies from Lebanon about the confiscation of humanitarian aid cargo arriving from various countries by Hezbollah indicate its control of the port.

A clear and direct accusation was made by Baha al-Hariri, the brother of Saad a-Din al-Hariri, the former Lebanese prime minister, who said that it was the corruption in the Lebanese government that led to the great disaster and stated that Hezbollah controlled the port of Beirut.

It is possible that these revelations in recent days have pushed Hezbollah circles to claim that the possibility that Israel is involved in the explosion should not be ruled out. Thus, the adviser to Lebanese President Michel Aoun said that if it turns out that Israel was involved, the “resistance” will respond accordingly.

There have also been reports in the Iranian news agencies that officials in the Iranian authorities believe that there is a connection between the series of explosions in Iran, including the sabotage at the uranium enrichment site in Natanz, and the explosion in the port of Beirut.

Hezbollah supporters in Lebanon now claim that “Israel is the main beneficiary of the explosion at the port of Beirut and is trying to take advantage of it to exert international pressure on Hezbollah to disarm.”

The leaders of Islamic Jihad and Hamas are also joining these claims. 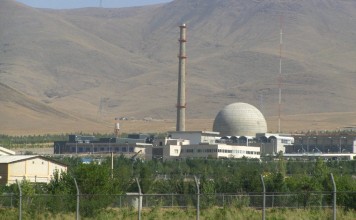