IDF forces operating on Israel’s borders with Lebanon on Tuesday night arrested a man who crossed the border into Lebanon and returned shortly after.

The IDF stated that its forces identified a suspect who crossed the border fence from Israeli territory into Lebanese territory.


After spending about an hour in Lebanon, the suspect returned to the border area and was returned to Israel by the IDF. The suspect was transferred to the care of the Israel Police.

“The circumstances of the incident under investigation,” the police stated.

This may have been an attempt by the suspect to maintain contact with smugglers or terror elements operating from Lebanon. The Hezbollah terror organization has been previously exposed to be behind the smuggling of weapons and drugs into Israel.

In related news, IDF troops arrested a suspect who tried to cross the barrier area from the northern Gaza Strip into Israel. The suspect was not armed.

The IDF contends with several infiltration attempts on the border with Gaza on a weekly basis. Most incidents involve Gazans illegally seeking work in Israel. However, the IDF treats every incident as a potential terrorist attack. 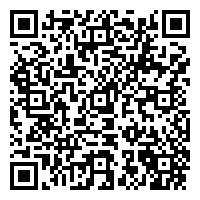