The Israeli Foreign Ministry on Sunday took the unusual step of responding to a report in the Lebanese Daily Al Joumhouria, that Israel has recently transferred to the UN intelligence regarding the increased presence of Hamas operatives in Lebanon, under Hezbollah’s patronage. The report suggested Hezbollah officers are training Hamas members on Lebanese soil.

The Foreign Ministry said “the issue is on Israel’s agenda at the UN and is being raised regularly in meetings, official correspondence and speeches, both to the UN Secretariat and to the UN Security Council.”

An op-ed in Israel Hayom Sunday suggested that the Deputy Chairman of the Hamas political bureau, Salah al-‘Awri, who established the Hamas headquarters in Beirut in coordination with Hezbollah Secretary General Hassan Nasrallah, and the Hamas leader in Gaza, Yahya Sinwar, who welcomes the Iranian embrace, the terror group is undergoing a rapid Iranization, which concerns Israel, but even more so Sunni Arab countries such as Saudi Arabia, Egypt and the Gulf states. These Iran foes may officially continue to support the “Palestinian” cause, but on the ground they are isolating Hamas and the Gaza Strip.

Hamas will never admit the failure of the assaults of the past two months on the Israeli border to gain any substantial achievement. But despite the “victorious” announcements by Ismail Haniyeh and Sinwar about “breaking the siege walls of the Zionist enemy on the Gaza Strip,” Hamas is stuck. Last Friday, for instance, its march of a million protesters attracted about 4,000, spread over five spots. Its firebomb kite and balloon campaign, though innovative, will eventually be blocked by the IDF, which so far has been matching the enemy innovation for innovation.

This latest move, of throwing their eggs in Iran’s basket, is already alienating Hamas, not only with the Sunni rulers, but with the Sunni street in Gaza and the PA.

At this point, as was the case back in the summer of 2014, Hamas may not have a choice but to launch a new war against Israel, despite the terrible odds. Because the other option, recognizing Israel and sitting down with its leaders to discuss a recovery plan for Gaza is out of the question for the Hamas leadership. 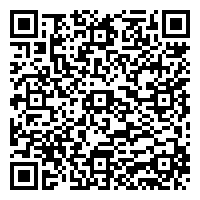