At present, there is no progress on the issue of transferring Qatari funds to the Gaza Strip, various sources report, noting that although it was agreed between the Qataris and the Palestinian Authority that the money would be transferred through the PA, banks in the Gaza Strip fear lawsuits for its funding terrorist organizations.

An Arab source told TPS that it was Qatar that bypassed the United Nations and offered the Palestinian Authority to transfer the money through its banks, and this received the support of Israel and the US.

The money is supposed to help 100,000 families who will receive $100 each, but the main problem now is a sum that ranges from $5-7 million that is intended for Hamas officials, most of them civilian officials.

The possibility of transferring this money through the banks is now ruled out, leaving the Qatari committee as the only entity that can transfer the money to Hamas officials.

Sources in the Gaza Strip pointed out that Hamas has not published the number of officials who benefit from the Qatari allowance.

The Lebanese newspaper Al-Akhbar reported Wednesday that the gap between Israel and Hamas is still large despite the renewed talks between Egypt and Israel and Hamas, due to Israel’s insistence on lowering the level of Hamas’ conditions.

The Lebanese newspaper noted that the new National Security Adviser, Eyal Hulata, and the outgoing Adviser, Meir Ben Shabbat, visited Cairo about three days ago on this matter and met with Egyptian Intelligence Minister Abbas Kamel and with the holder of the Palestinian portfolio in Egyptian intelligence, Ahmad ‘Abd al-Khalq. Egypt has sent messages to Israel of threats from Hamas, due to the ban on the entry of construction materials into Gaza and the deterioration of the “humanitarian” situation in the Gaza Strip.

Gaza-based factions, which have allocated a number of days to Israel in an ultimatum to open the crossings, are expected to hold consultation meetings on Wednesday and formulate courses of action in light of the lack of any progress since Operation Guardian of the Walls in May. A source in the Gaza Strip estimates that the factions will increase the launching of arson balloons at Israel. 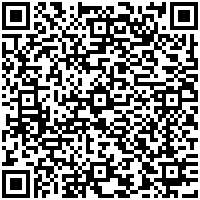