Qatar Foreign Minister Sheikh Mohammed bin Abdulrahman Al-Thani said on Wednesday that the country has no plans to normalize relations with Israel and that the Abraham Accords agreements between Israel and Arab countries are contrary to Doha’s foreign policy.

“This is our foreign policy, we see that the core of the issue is the occupation. So as long as there is no prospect for ending that occupation and having a fair and just solution, I don’t see Qatar taking such a step for normalization,” said Al-Thani at the fourth annual Global Security Forum in Doha, reported Doha News.

He also claimed that Israel’s actions do not show that it wants to reach a peace deal with the Palestinians, though he admitted that Qatar maintains relations with Israel in order to pass aid to the Palestinians.

“The core of the problem is political, as long as the peace process is not addressed, you cannot just count on economic normalization. It is an occupation that needs to end,” he said. 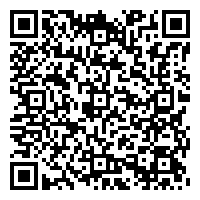