At least 50,000 families in the enclave are about to find out, thanks to Qatar’s generosity along with months-long brainstorming and talks involving Egypt, Israel, the United States and the United Nations.


In addition to a $90 million grant to pay six months’ salaries for Hamas officials in Gaza, Qatar has also said it would distribute $100 in cash to each of 50,000 destitute families in the enclave.

In addition, Qatar pledged larger sums to Gazans who were wounded in the weekly – and often daily – violence at the border with southern Israel, and has already purchased and begun to supply the enclave with additional fuel for its sole power station.

Three suitcases filled with $15 million in cash – were driven into Gaza from Israel via the Erez Crossing late Thursday personally by Qatar’s envoy, Mohammad al-Emadi.

Violence continued at the border this past Friday with Gazans hurling rocks and at least two improvised explosive devices (IEDs) at IDF soldiers defending the security fence. Two terrorists attempted to breach the border.

A third terrorist – unarmed – managed to infiltrate into Israel and also succeeded in reaching the community of Netiv Ha’Asara, where he torched a greenhouse before he was caught by security personnel.

At least one Gazan was killed and 37 others were wounded in the violence, according to the Gaza Health Ministry.

In a case of “dog bites the hand that feeds,” Gazans rioting at the border even hurled rocks at the convoy of Qatar’s envoy to Gaza as he toured the area, according to the SAMA news agency. 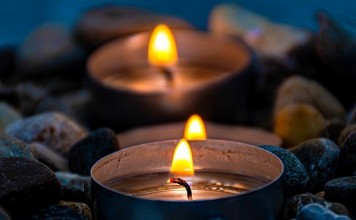