The IDF bombed targets in Syria in the Quneitra area, adjacent to the Israeli Golan Heights, on Tuesday night, the country’s state media reported.

The state-run SANA news agency reported that an Israeli attack using missiles hit the Quneitra. There were no casualties but the targets were damaged.


The IDF has remained silent on the reports, as it usually does.

The Syrian Observatory for Human Rights (SOHR) reported that the area bombed host Iranian and Hezbollah-backed militias and the Syrian groups “Al-Moqawma Al-Suriyah” and the “Popular Front for the Liberation of the Sanjak of Iskandarun.”

The IDF announced in March 2019 that it had exposed a clandestine Hezbollah unit that was operating in southern Syria in the area near the border with Israel and where this latest attack occurred.

This was the 11th attack waged by Israel on Syrian territory since the beginning of 2022, according to the SOHR. 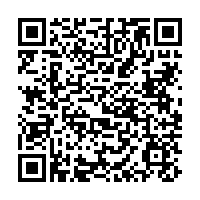