Upon his arrival in Damascus on Saturday, Hatami told reporters: “We hope to have active partnership in the reconstruction of Syria.”


On Sunday, following a meeting with his Syrian counterpart Ali Abdullah Ayyoub, Hatami stressed that “maintenance of Syria’s territorial integrity and respect for Syria’s national sovereignty will strengthen regional security because security of the regional states is interwoven.”

General Ayyoub said that the Iranian and Syrian military commanders are in continued contacts with one another, insisting that “we do not allow any third-party to interfere in the two countries’ relations.”

Back in January, Syrian Prime Minister Imad Khamis noted that the Assad regime prioritized Iranian construction firms in the reconstruction of Syria. “Incentive packages have been considered for the Iranian companies in development projects of Syria,” Khamis told members of a visiting Iranian parliamentary delegation in Damascus.

Since January 2013, the Iranian Revolutionary Guard Corps has lost more than 4,000 troops in Syria, 2,000 of them Iranian soldiers, mostly officers, including several high ranking ones, notably generals, according to several Western media reports. The remaining 2,000 dead are Afghan and Pakistani auxiliaries who joined the IRGC in return for starting salaries of $500 a month, and Iranian residency papers.

The Gatestone Institute estimated that Iran controls more than 70,000 troops in Syria, 15,000 of whom are Iranian soldiers, and the rest members of ten different militias, including Hezbollah and “Palestinians.” 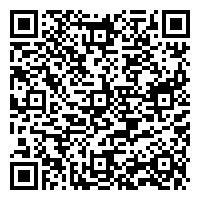