Prime Minister Benjamin Netanyahu left Israel Thursday night with plans to force security officials and other world leaders to face facts about Iran’s involvement in destabilizing the region — and specifically, its direct involvement in causing conflicts between Israel and her neighbors — at the Munich Security Conference in Germany.

The prime minister and his wife Sara left Israel Thursday night to attend the conference in Munich.


“This is the most important security conference in the world,” Netanyahu told reporters before boarding the plane at Ben Gurion International Airport.

While at the gathering, he said he would “present proof of Iran’s involvement in the recent events in the north.”

He added, “I will reiterate our determination to defend ourselves by ourselves – without any restrictions – against any threat.” 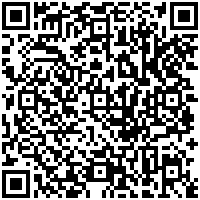