Scientist Aziz Asbar, Director of the center for the study of missiles and chemical weapons was blown up on Saturday, along with his chauffeur in the city of Masyaf in the Hama Governorate, some 60 miles north of Damascus, Al-Watan reported Sunday.

Syrian officials accused Israeli intelligence of carrying out the assassination.


Asbar was close to Assad’s regime, the Iranians, and Hezbollah. A Lebanese website affiliated with Assad’s regime reported that Asbar was in direct contact with Hezbollah and personally supervised many of the organization’s weapons depots in Syria. Since late 2015, he linked experts from Syria, Iran, Russia and North Korea.

Israel has been accused twice in the past of carrying out attacks against the research center run by Asbar, one of them in September 2017. Sources close to the regime also claim that Israel tried to assassinate Asbar himself several times, from the air.

Al-Watan reported Sunday morning that “according to assessment Israel was involved in the assassination, as it had carried out several air strikes on the Center for Scientific Research, the last one on July 22.

It is believed that Asbar was involved in the construction of an Iranian missile plant in Syria. 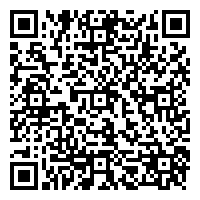