The 37-page report, written by an independent panel of experts and submitted to the UN Security Council earlier this month, was seen by the Reuters news agency on Monday (August 21).


No details were provided on what the shipments contained, or when and/or where the interceptions took place.

The panel investigated reported prohibited chemical, ballistic missile and conventional arms cooperation between Syria and North Korea, according to the report.

“Two member states interdicted shipments destined for Syria,” the report stated. “Another member state informed the panel that it had reasons to believe that the goods were part of a KOMID contract with Syria.”

KOMID, the Korea Mining Development Trading Corporation, was sanctioned by the UNSC in 2009. It was described as North Korea’s key arms dealer and exporter of equipment related to ballistic missiles and conventional weapons. Two KOMID representatives in Syria were blacklisted by the Council in March 2016.

“The consignees were Syrian entities designated by the European Union and the United States as front companies for Syria’s Scientific Studies and Research Center (SSRC), a Syrian entity identified by the Panel as cooperating with KOMID in previous prohibited item transfers,” according to the report. Syria’s chemical weapons program has been operating under the auspices of the SSRC since the 1970s, according to Reuters.

The panel is also investigating cooperation between Syria and North Korea on Syrian Scud missile programs, and maintenance and repair of Syria’s surface-to-air missile defense systems.

Although Syria promised to destroy its chemical weapons in 2013 in a deal brokered by the United States and Russia, it subsequently became clear that either some of its supplies were held back, or Damascus created a fresh supply. There is proof that regime forces fighting on behalf of President Bashar al-Assad have used the banned sarin nerve gas at least twice against his own citizens, and chlorine has also been used as a weapon as well.

Israel is closely watching the military activity across its northern border as the Syrian civil war that completely fractured the country moves into its seventh year of conflict.

Israeli Prime Minister Benjamin Netanyahu is set to travel to the Black Sea resort of Sochi this week to meet with Russian President Vladimir Putin to discuss “events in the region” and specifically events taking place in Syria.

Israel has repeatedly underlined its unwillingness to accept a permanent role for Iran or its proxy, the Lebanese Hezbollah terrorist group, along its northern border with Syria. Along with Russia, Syria has relied upon its allies, Iranian military officials, the elite Iranian Revolutionary Guard Corps (IRGC) and Iranian-backed Hezbollah guerrilla fighters, to supports its forces. 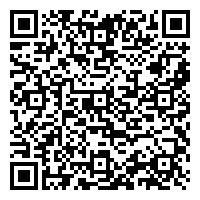