A Russian Ilyushin Il-20 military aircraft with 14 servicemen on board went off the radar over the Mediterranean Sea, while Israeli Air Force F-16 fighters were attacking targets in the Syrian province of Latakia, an official with Russia’s Defense Ministry told reporters on Tuesday. The fate of the Russian plane is unknown, the official said.

“On September 17, at about 11:00 PM Moscow time, the connection with the crew of the Russian Il-20 aircraft was lost over the Mediterranean Sea when the plane was returning to the airbase of Khmeimim, 35 kilometers from the Syrian coast,” the official said.

Russia’s Defense Ministry specified that “the mark of IL-20 went off the radars and disappeared during the attack of four Israeli F-16 aircraft on Syrian targets in the province of Latakia.”

“At the same time, the Russian radars fixed missile launches from the French frigate Auvergne, which was in that area,” the Defense Ministry said.

The command of Russia’s air base at Khmeimim launched a search and rescue operation.

According to a Syrian news agency report on Monday night, the Syrian air defense system intercepted hostile missiles coming from the sea into Lattakia city and confronted a number of them before reaching their targets. Earlier, SANA reported that “an aggression on Lattakia has targeted the Technical Industries’ establishment,” adding that “the air defenses intercepted and downed a number of the missiles.”

A spokesman for the Pentagon told CNN that the Russian aircraft was shot down by an anti-aircraft system the Russians sold Syria several years ago, noting that the Syrian air defense network in western Syria is crowded with anti-aircraft missile and radar systems. 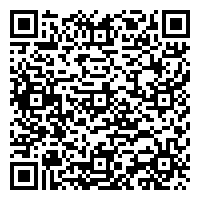