Three or four Iranian cargo planes were reported to have landed at the military airbase near the Damascus international airport only hours before an overnight airstrike that shook up the Syrian capitol.

Then, possibly with these cargo planes still laden with their unknown cargo, a string of explosions hit in the air field at 3:25, Thursday.

The official Syrian news agency SANA cited a military source Thursday saying that “a military position southwest of Damascus International Airport was exposed to an Israeli aggression with several missiles fired from inside the occupied territories at dawn on Thursday causing explosions in the place and leaving some material losses.”

The same military source added that “the Israeli aggression comes as a desperate attempt to raise the collapsed morale of terrorist groups due to the Syrian army’s blows and this aggression will not dissuade the army from continuing the war against terrorism and crushing it.”

Intelligence Affairs Minister Yisrael Katz (Likud) told Army Radio Thursday morning that the attack in Syria was “entirely consistent with our policy to prevent the transfer of weapons to Hezbollah.” However, Katz did not actually confirm that the attack came from Israel. Which is a neat trick. 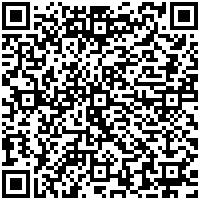