The Syrian Observatory for Human Rights on Tuesday announced it had documented casualties resulting from the Israeli bombing that targeted the Iranian forces and militias loyal to them late Monday night in Deir Al-Zour, the largest city in eastern Syria, located 280 miles northeast of the capital Damascus on the banks of the Euphrates River (See: Capitalizing on the Coronavirus, Israel Intensifying Airstrikes Campaign Against Major Syrian, Iranian Assets).

According to the Observatory, 14 of the dead were Iranian and Iraqi nationals, killed by the Israeli air raids on their bases in Al-Kouria, Al-Salihiya and Al-Mayadeen in rural Deir Ezzor Al-Sharqi.


The death toll is expected to rise due to the large number of critically wounded militia members.

The Observatory noted that the Israeli bombardment Monday night destroyed warehouses, ammunition and weapons stored in the “Defense Factories” in the Al-Safira area, southeast of Aleppo, which are under the control of the regime forces and Iranian militias.

The bombed-out site belongs to the Scientific Studies and Research Center (SSRC), a.k.a. Centre D’Etudes et de Recherches Scientifiques (CERS), which, according to Jane’s is responsible for research and development of nuclear, biological, chemical and missile technology and weapons, including ballistic missiles, as well as advanced conventional arms. 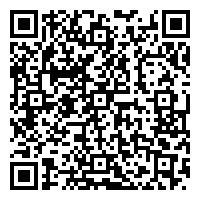